The Fushimi-Inari-Taisha was one of the most surreal places I've ever been to. It is a sprawling Shinto shrine with thousands of vermillion torii (Shinto shrine gates) lining paths that crisscross the mountain.

The entire complex, consisting of five shrines, sprawls across the wooded slopes of Inari-san. A pathway wanders 4km UP the mountain and is lined with hundreds of red torii. There are also dozens of stone foxes. The fox is considered to be the messenger of Inari.

Dick and I spent a couple of hours walking UP the pathways to the top. It was an impressive hike, consisting mostly of stairs. We were pretty exhausted by the time we reached the top - and that's saying something! We were proud when we made it, and it was such a gorgeous walk, between all of the red gates, and the gorgeous mountains. We went in the late afternoon, as was recommended by our guide book. The torii appear luminescent in the late afternoon sun. The light and sunset added to the magic of our experience.

Again, photos don't really capture the immense nature of seeing these thousands of red gates, but they do make for pretty photos. :) 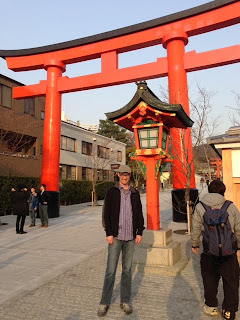 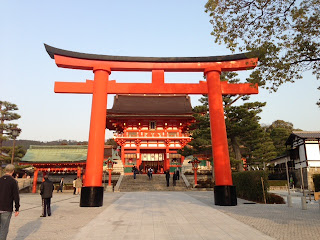 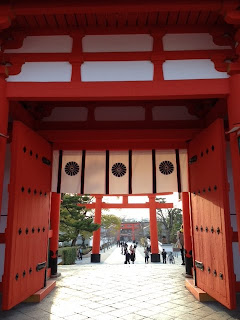 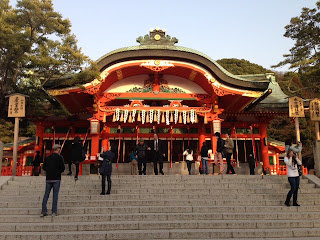 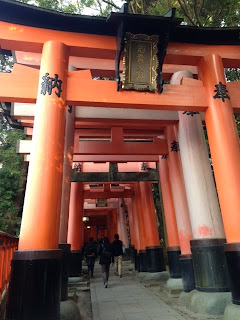 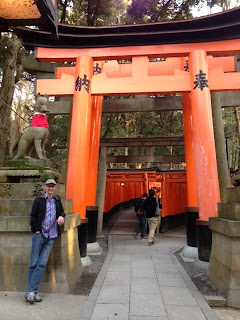 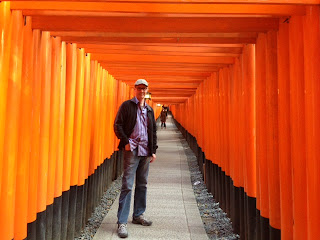 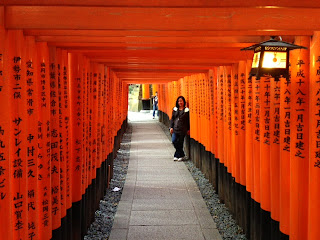 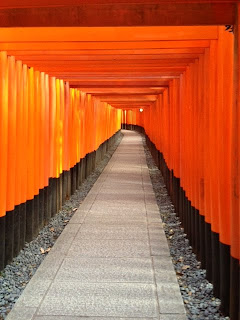 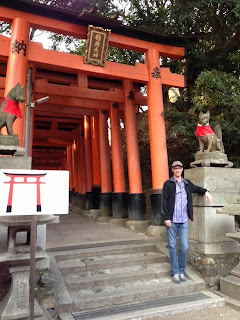 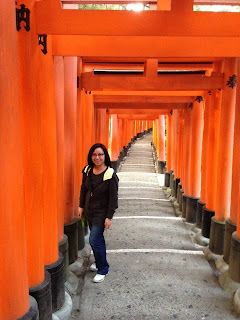 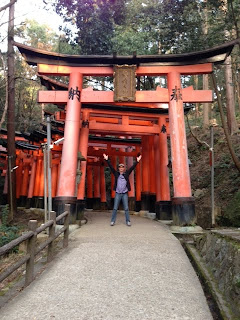 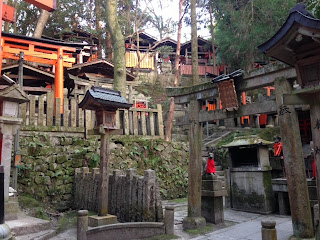 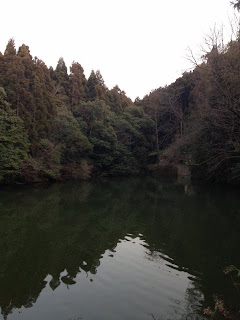 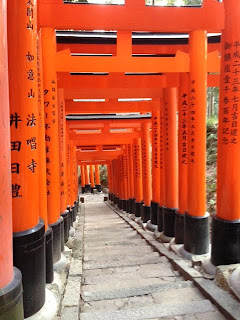 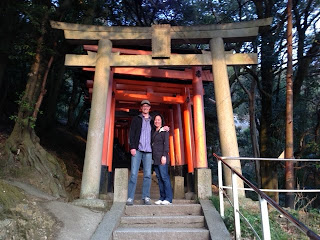 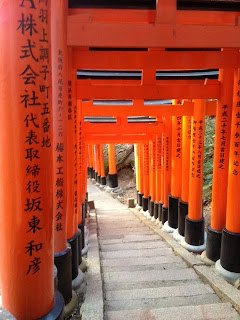 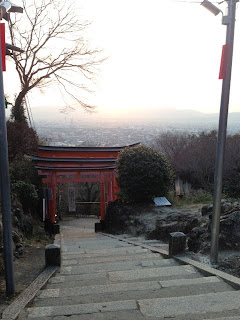 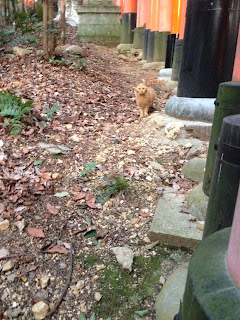 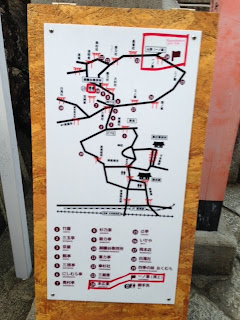 proof that we made it all the way to the top! 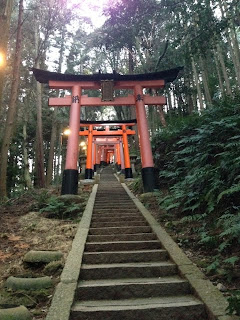 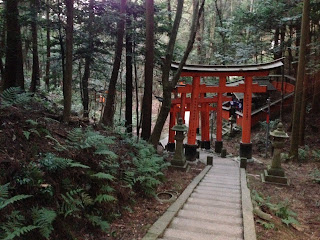 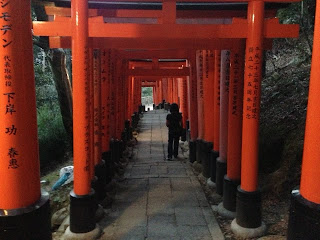 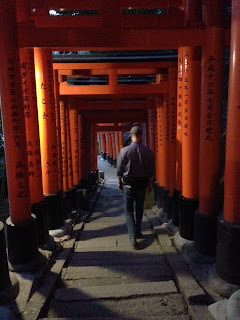 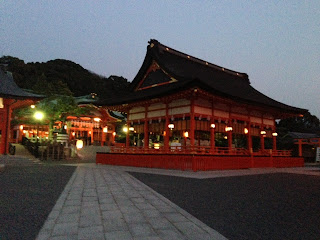 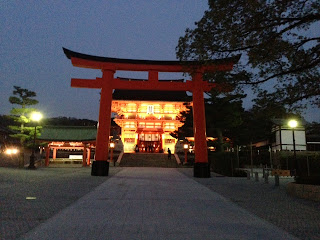 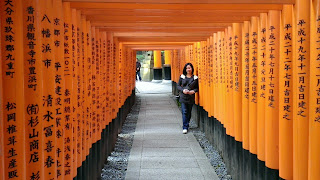