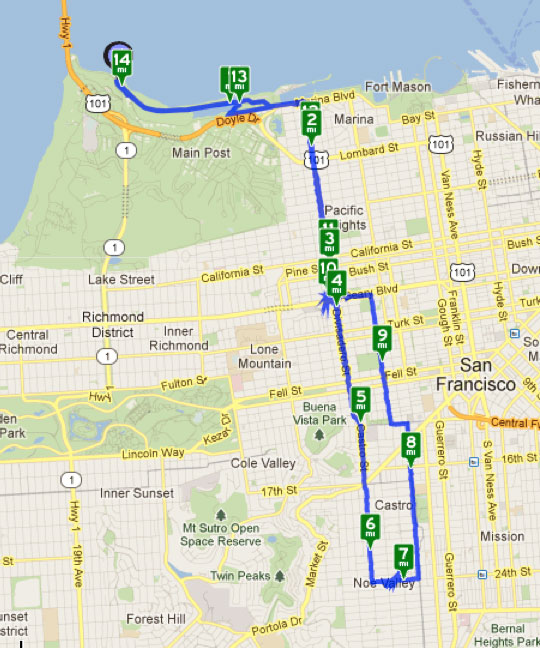 Since we have been on vacation for the last two weeks, it had been three weeks since my last training walk. Although we did a fair amount of walking while we were in New York and Boston, it sure felt good to hit the hills and streets of San Francisco again!

The route that we walked is one of my favorites, which we fondly call "The Divisadero Butt Burner". Divisadero Street runs from the North part of the city down about half way through San Francisco. It eventually becomes Castro street, which is right in my neighborhood. We take Castro all the way to 24th street in Noe Valley, then loop back (this time, via Church Street to Steiner, and eventually back to Divisadero.

The route worked out particularly well for me yesterday. Dick had considered coming out for the walk the day before, but when I tried to wake him up at 6:00 Saturday morning, he decided that he wanted more sleep. Once I met my team at the Warming Hut at 7:00 and saw the map route, I realized it would be perfect for Dick to meet up with us at our halfway lunch point (the Whole Foods on 24th Street) since it is only a few blocks from our home. I called Dick along the way, told him the plan and route, and he was able to meet us at Whole Foods at 9:30 and walk the 2nd half of the walk with us! Yay!

For some reason, I didn't take any photos from the walk yesterday. I'm on some odd kick of not taking many photos these days. Strange.

It was GREAT to be back with the team and out walking again!

I missed today's walk (Sunday) with the team, as we celebrated Dick's birthday with a bunch of friends out on the Bay today. (more on that soon!) 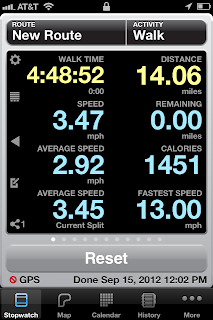 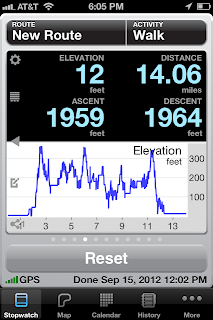