The Day we ate Santa Claus

Last week, he bought a new melon (to us) named "Santa Claus".

It's an odd name for a melon, right?

We were speculating that it would probably be red on the inside (since it is green on the outside). We wondered, "What will Santa Claus taste like?"

It turns out that Santa Claus is orange inside, very much like cantaloupe. It was VERY ripe, so the consistency was very soft. Much softer than a cantaloupe, but we're not sure if it's just because we waited a little too long to eat him.... er..., I mean to it "it". 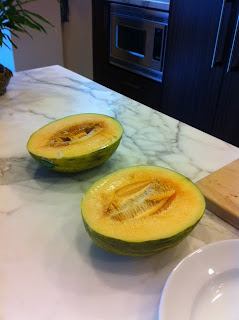 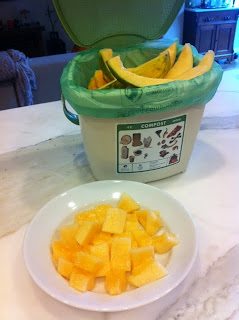 Santa Claus, all cut up

Labels: food
Email ThisBlogThis!Share to TwitterShare to FacebookShare to Pinterest