In what has now become a Halloween "Tradition", Dick "won" the auction at work for this year's AMAZING cake by his colleague, Greg.

For the last 3-4 years, Greg has been making these amazing cakes (made of rice-krispy treats, actually) and has auctioned them off at work during the month of the company's giving campaign. The idea is that the person who pledges to donate the most money to his/her charity of choice "wins" the cake.

Here is the cake from last year.

and here are some cakes that Greg made in 2010!

Greg is incredibly talented. I hear he spends about 40 hours per cake each year.

Ironically, Dick has never won the actual auction during the initial event. It seems that it has become tradition for several other people in the group to pool their money together, win it, donate their money to charity, then tell Dick that they'll "sell" it to them at the cost of yet another donation. They know that Dick loves these cakes. It's a win-win-win. :)

Greg outdoes himself every year. This year's cake is incredible.

It is based on Edgar Allan Poe's "The Fall of the House of Usher", and features a very intricate Mansion on a Hill, complete with cemetery, and a very large skull. All of this is popping out of an open book, printed with words from the story, which, of course, is all edible.

We use Greg's cakes as our Halloween Party centerpiece each year. We'll be cutting the cake and serving rice krispy treats towards the end of the party. 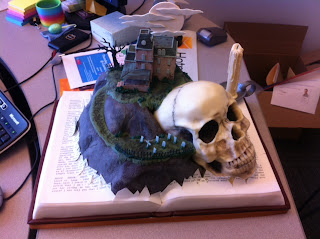 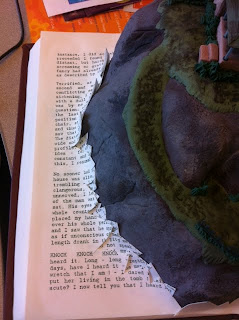 close-up of the book 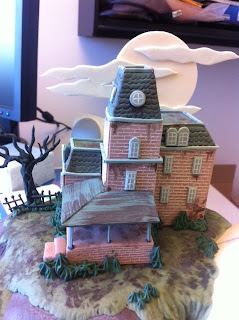 close-up of the house 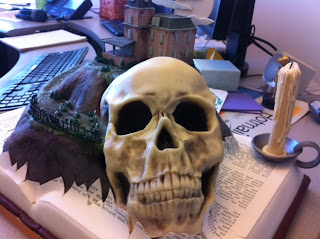 close-up of the skull 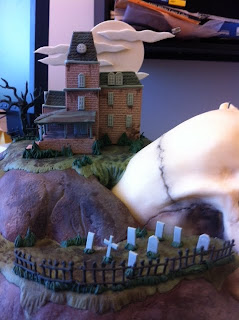 close-up of the cemetery

Labels: holidays
Email ThisBlogThis!Share to TwitterShare to FacebookShare to Pinterest