When in Rome: Day 3 - Vatican City & the Pope in St. Peter's Square 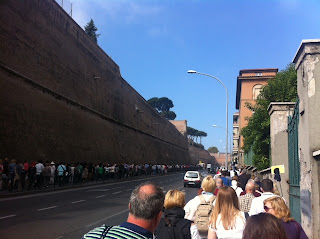 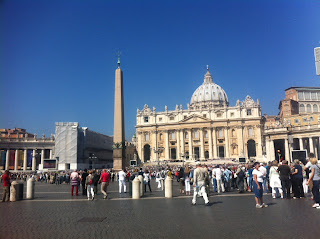 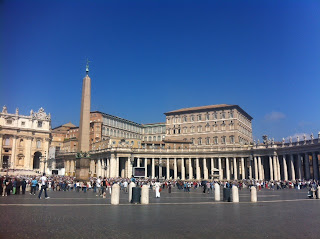 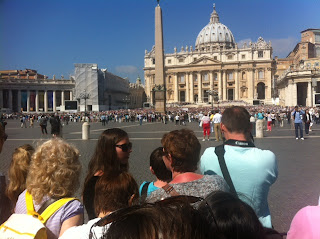 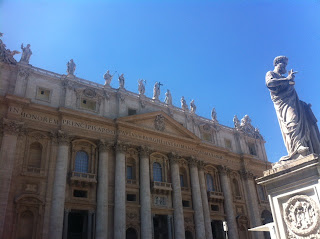 By the suggestion of our friend, Barry, we splurged and booked a private 5-hour tour of the Vatican today. It was pricey, but well worth it!

The first photo is part of the line of the people waiting to get into the Vatican without reservations. It went on and in for blocks.

We met in front of the Vatican museum, but under some unexpected circumstances, our tickets that were meant for 10:00 weren't actually ready until 11:00, so our guide started our tour at St. Peter's square instead. We didn't plan this, but the Pope gives a Mass audience when he is on town on Wednesday mornings. We were in the square for about 15 minutes and happened to time it perfectly with when he came out. We were pretty far away, but it was still pretty neat to actually see the Pope at the Vatican! :) (he's there in the second to the last photo, but it's probably too small to see.)
Posted by Trina at 1:12 PM