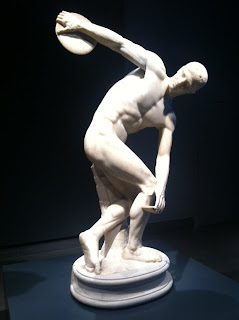 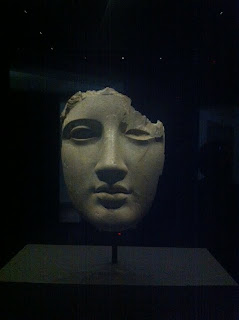 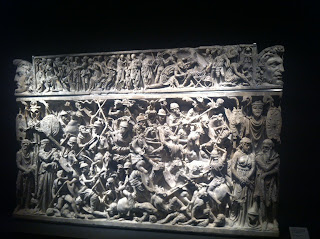 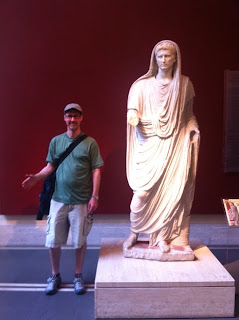 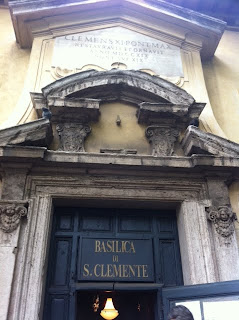 Yesterday, we intended to spend the day at the Colosseum and the Roman Forum, only to find out too late that they were both closed for the holiday. Luckily, it's only about 10 min walk from our hotel, so it wasn't out of our way and was easy enough to change our plans.

I instead, we spent a few hours at the Museo Nazionale Romano, where we had planned to go later in the week. Bonus: the admission fee was only 1€ because of the holiday.

It's a great collection of amazing Classical art, including several impressive sculptures.

(from our guide book):
Nowhere else in Rome can give such a clear idea of the city's layering and millennia of cultural riches than this wonderful church. The very lowest level remains largely unexplored, dating back to Republican Rome, probably the 2nd century BC. At the deepest excavated level there are 1st-century AD buildings, including an early house of Christian worship and a temple. Above that is a partially intact 4th-century AD basilica. When the edifice was burned down in 1084, the space was filled in and a new church was built using some of the original architectural elements. In 1857, Father Mullooly accidentally discovered the lower church and began the long process if emptying out the rubble.

Fascinating stuff!
Posted by Trina at 10:14 AM