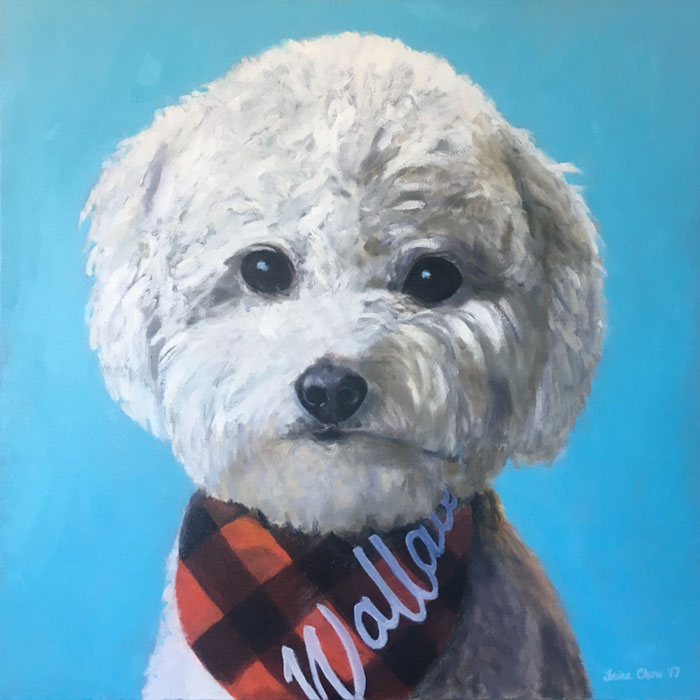 This painting has been so much fun to work on, and I'm really amazed at how much I learned from it. I realized early on that it's so much different from any of the other paintings that I've done. Most of my paintings/compositions are much more structured. I often have to take a lot of time measuring and sketching the image on the canvas before putting any paint on it.

This one was so much different. When I looked back at the progression of this painting I realized that I had barely sketched anything at all. Just a very basic outline of Wallace's head. I suppose I could have been a lot more careful and precise with it, but I enjoyed how much more loose this process felt.

For my own notes:

During my last session, I worked on just a few things:

I cooled down the shadows of his chin so that the were softer. I was able to do this with a wash, and it was very effective.

I spent most of the time working on the lettering of Wallace's name on his bandana. I knew it wouldn't be easy, and it did prove to be quite a challenge!

I'm very happy with how this painting turned out, and it was really one of the most enjoyable painting experiences I had. I really did get a chuckle every time I stepped back to look at it.

It was also very fun to have Wallace with me in Dean's studio to model for us. He was patient, and slept a lot as we checked colors up against him. :)

The best thing about this painting is the sizes. It's 36" x 36", which is so enormous for the subject matter. I know the size adds to the "Pop Art" of it, and I'm thrilled with that. 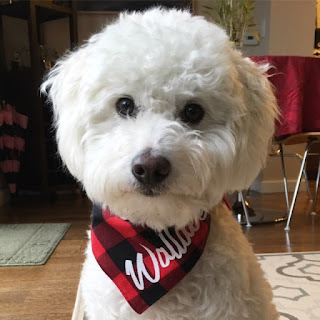 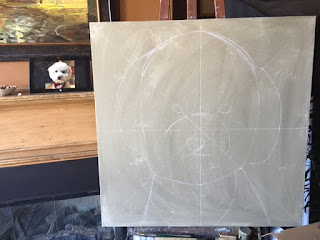 Basic outline on the canvas 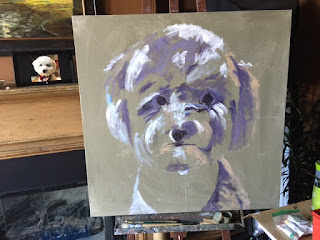 progression of the first session 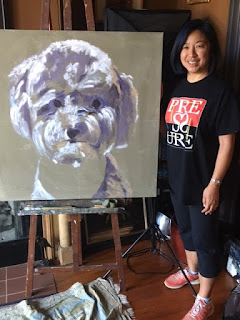 End of the First Session 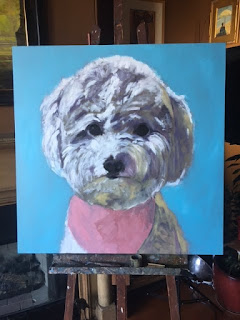 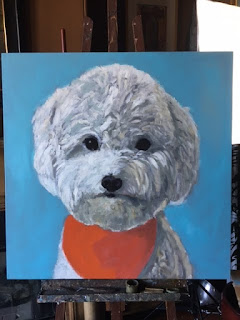 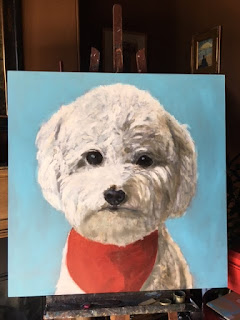 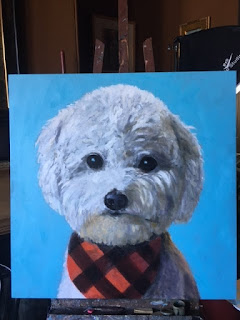 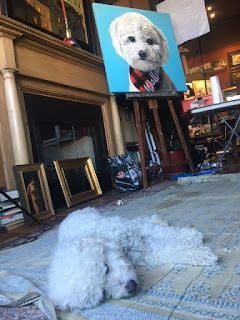 Wallace passed out on the job during the Sixth Session 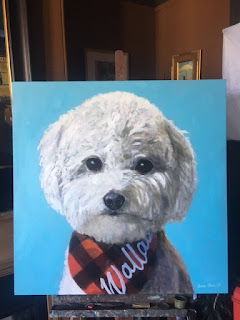 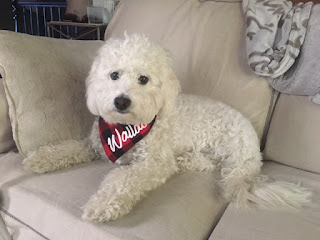 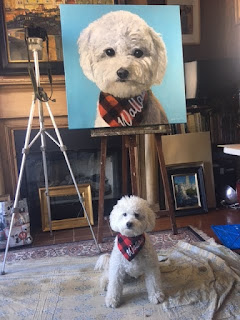 Wallace with the finished painting
Posted by Trina at 4:28 PM

Labels: art
Email ThisBlogThis!Share to TwitterShare to FacebookShare to Pinterest