You may remember my post from August when we learned that Dick's childhood home was for sale. The house is in Cullowhee, NC, which is obviously quite far from San Francisco.

When we found out that we were going to be in Cullowhee, we checked to see if the listing was still up. It wasn't. :( We were a little bummed that we came so close to having a chance to see it.

Whenever we're in Cullowhee, we always drive around and go see Dick's old home. I know he's considered knocking on the door once or twice, but never did.

We drove by Thursday morning, and were surprised to see the "For Sale" sign still posted! 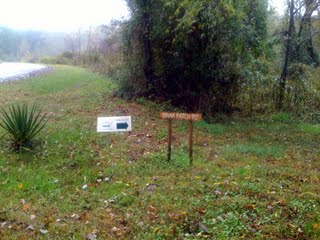 I wrote down the number of the listing agent to see if it would be possible to take a peek inside the house while we were in town. I left him a message, explaining the situation. I asked if it would be any trouble for us to see it - obviously, if it were a problem at all, we'd understand.

He was very nice - he said the house had sold, but would be closing in about a month still. The current owner still lived there, and she would be happy to have us come over at 9:30 Saturday morning.

Well, it turned out that the current owner (who is selling the house) is the same woman who had purchased it from Dick's father back in 1992. When we knocked on the door, she opened it with a smile, and asked if Dick was Richard Craddock's son. :)

Dick told him that he had lived in the house with his family from 1972 until he moved away to Chapel Hill in 1984. His Dad had stayed there until 1992.

She was very sweet - letting us walk around the house, taking photos to share with Dick's family. Dick told her stories about each of the rooms, and when the addition had been built. She showed us the different changes she had made, and told Dick how much she truly loved living there.

I took several photos (of course). 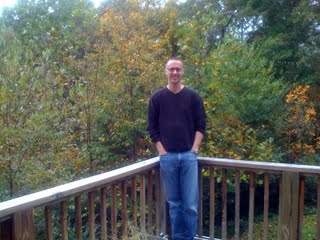 This is the handwritten note that Dick's father had written and left for the new owner way back in 1992. It expains how various things in the house work. That owner had saved it all this time, and plans to pass it along to the new owners. 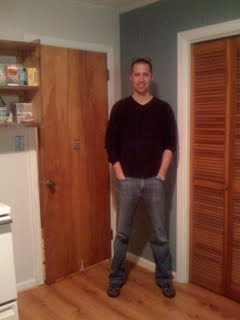 Dick standing in his childhood bedroom

One of the funniest moments of our visits happened when Dick was standing in the room which used to be his bedroom. The current owner's eyes lit up as she remembered something, and closed to door - on the back of the door was a decal from Duke University. It appears Dick was a Duke fan when he was a child - something he would never admit to now! :)