Creep-o-Rama 2004 was Saturday night, October 30th. I think it was a great success, and hope that everyone had a good time!
We had the usual crowd of 50-60 people over - some came as far away as Southern CA.

Dick's band Gafas de Soul played for the third year in row, and entertained the crowd.

Dick and I had more of a "concept" couple's costume this year. We came as "Snow White" and "The Artist Formerly known as Prince...Charming". We had posters up in the hallway to serve as props.

Thanks to all who came! Great costumes, great friends, great time! 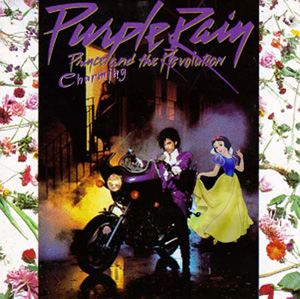 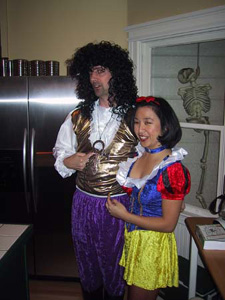