Time to go back to Ohio? 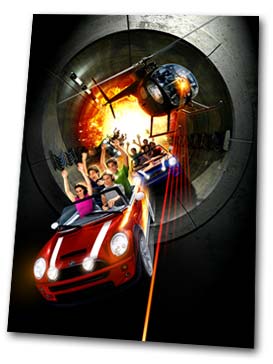 Some of you may know that I used to live in Dayton, Ohio, and that I go back almost every year for WGI (International Color Guard Competition). The only other outing that I take while in Dayton, is a trip to the Gap Clearance Center (which is actually in Kentucky, along with the Cincinnatti Airport).

Well, I may have just found another "must see" for the next time that I'm in Ohio. Paramount's Kings Island is just outside of Cincinnatti, not far from Dayton. I had gone once in the winter the year I lived there.

Anyhow, Kings Island has announced a new ride that will open in Spring 2005: The Italian Job Stunt Track. Imagine: a roller coaster with MINI Coopers! :) It looks like tons of fun!
Posted by Trina at 8:22 AM

Labels: mini
Email ThisBlogThis!Share to TwitterShare to FacebookShare to Pinterest