Wallace's friends at the dog park 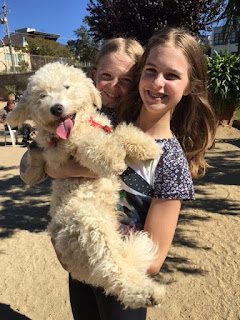 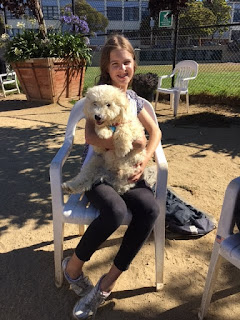 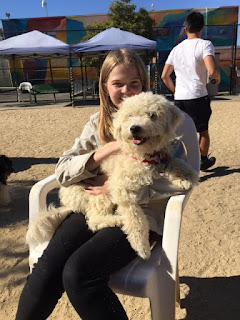 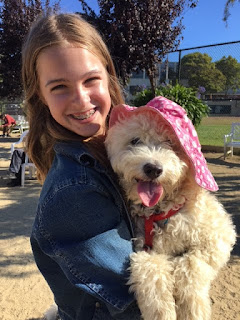 Wallace has two very special friends that he often gets to visit at our local dog park. Meryt and Anhai are 12-year old twins who belong to 6-month old Havanese Puppy, Alexander.

These two love Wallace and he clearly adores them both. They will often pick him up, carry him around and will have him sit on their laps - something Wallace doesn't even really let Dick or me do. He's always happy with them.

Wallace was such a good sport about the whole thing. He'll do just about anything for these two girls. :)
Posted by Trina at 9:03 PM