Yesterday, September 3rd, was the 11th Anniversary of the Day that we found our little Noe kitty in the backyard of Dick's house.

This is Noe. Dick and I found her on the Sunday September 3, 2000. After being jolted awake by the 5.2 earthquake at 1:30a.m., we both heard a loud chriping noise coming from outside. We found her the next morning in Dick's backyard, but thought we should leave her there in case her momma cat came back. After hearing her cry throughout the next day, we figured she must have been abandoned.

When we took her to the vet that evening, they estimated her age to be about 5 days. Her eyes were not yet open and she weighed less than 5 ounces. We decided to take her in and take care of her. We've been nursing her by feeding her Milk Replacer Formula by bottle every four hours.

Dick feeding Noe on our first day with us

Trina and Noe when Noe was about 3 weeks old

Happy 11th Birthday/Anniversary to our little fuzzy girl!! We love you, Noe!! xo 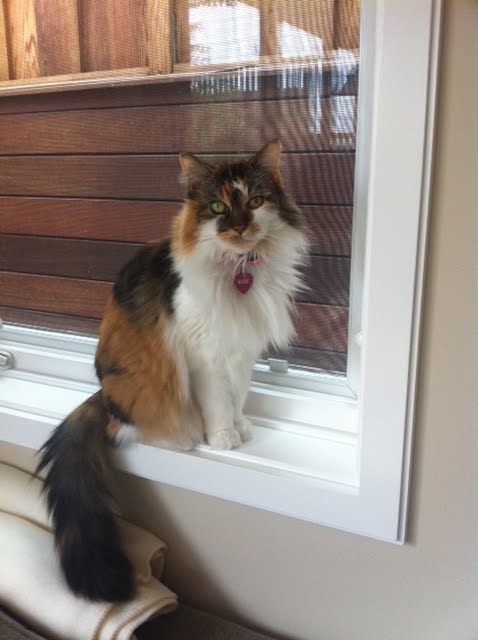 Labels: kitties
Email ThisBlogThis!Share to TwitterShare to FacebookShare to Pinterest