Last weekend, my sister, her boyfriend, Graham, and I were supposed to see Green Day in concert in Sacramento. Unfortunately, Green Day had to cancel all of their remaining shows in 2012. :(

The week after the show was canceled, my sister called and asked if we should go see Barry Manilow instead - it seemed the only logical step! We asked our dear friend, Diana, if she wanted to join us, too. FUN!

The Barry Manilow concert was last night at the HP Pavilion. We got inexpensive tickets off of Goldstar, and they were totally worth it!

The last time we saw Barry Manilow in concert was at the Circle Star theater, way back in the early 80s. Um, that was 30 years ago!

Well, the guy's still got it! He put on a pretty great show. Apparently, he's 69(!) years old now, which makes it that much more impressive. The show lasted about 1-1/2 hours, and was non-stop. He played every Barry Manilow hit you could ask for, and yes, everyone knew all the lyrics to every song.

He did, after all, write the songs that make the whole world sing. ;)

Turns out my Mom got a last-minute ticket for the concert with her friend, Marleah. The sat a few sections away from us.

A fun time was had by all.

Plus, I increased my vocabulary: we learned that Barry Manilow super-fans are known as "Maniloonies". Who knew?

I somehow managed to forget my cellphone/camera when I went to the concert. Special thanks to Diana for taking these photos and sending them to me. Thanks, Diana!! xo 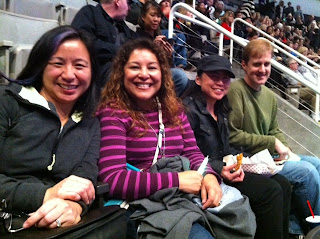 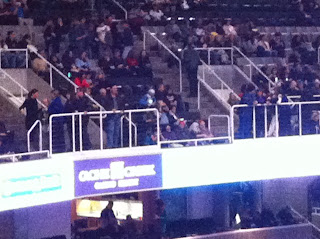 There's Mom and Marleah - sitting in the front row, over there! 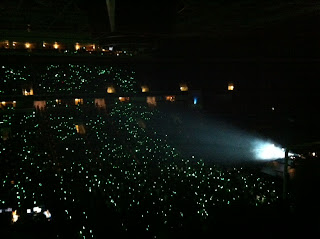 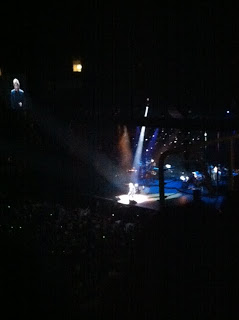