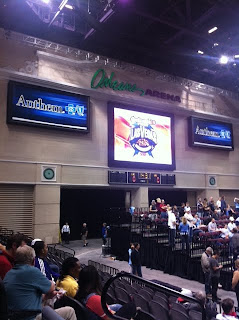 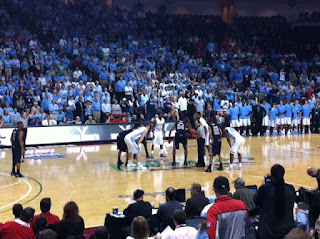 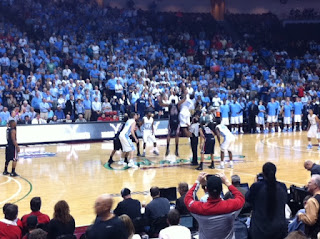 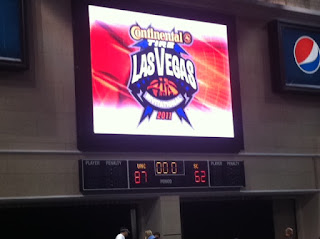 Dick and I are in Las Vegas for a few days. We met Martin and Celeste here earlier in the week and celebrated Thanksgiving together. There's been a lot of Poker, Pai Gow, Craps, Blackjack, and some really great meals.

Another reason why Dick and I came out was to watch the Las Vegas Invitational, in which Dick's beloved Tar Heels came out from North Carolina to play.

There will be four games in total, in which the Tar Heels will play in two. The first of those two games were tonight, with the second being tomorrow.

We had a great time watching them play in the Orleans Arena. It's been several years since I've been to a game, and I've leaned a lot about the game, the team, and the players since then. Looking forward to another fun game tomorrow.

Many thanks to Uncle Christopher for staying at our house and taking care of Noe while we're away. :)