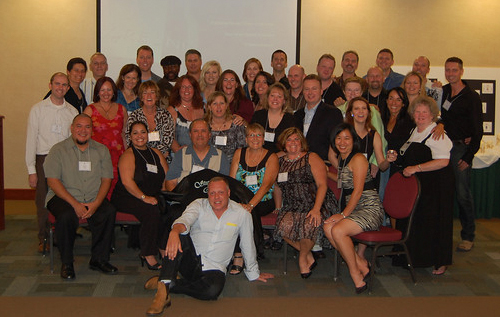 Oh, my - what a weekend! I'm only now recovering, and finding some quiet time to post photos and jot some thoughts down.

The reunion was held in Madison, WI - home base of the guard. The guard was started by the amazing Sal and LuAnn Salas in 1978, and continued through 1993. (with a hiatus in 1990 and 1991.) Sal and LuAnn are two of the most talented, dedicated and nurturing people that I know. They taught hundreds of "kids", (teenagers through early 20s) throughout the years. They were, and still are, pioneers in the activity. During the 13 years that the color guard was competing, they made finals at WGI (top 15 in the world) 12 times, winning 5 times in a row, as well as 1 second place finish, and 2 third. 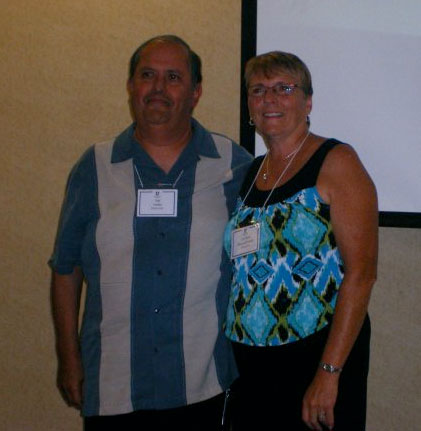 
We've been planning this reunion all year, and all of the hard work paid off this weekend.

We held the event over 3 days: Friday evening, Sal and LuAnn hosted a social at their home, Saturday night, we had the banquet, and Sunday afternoon, we met for a picnic at LuAnn's school, where we used to rehearse. It was a wonderful three days of reuniting with old friends, meeting new ones, laughing, reminiscing, and remembering. Personally, I stayed up very late each night, hanging out and having so much fun - I hardly slept at all!

I was SO happy to reconnect with so many friends. I had two friends in particular who I was very close with during 1992-1993, but we fell out of contact years ago. The three of us got back together this weekend, and it was as if no time had ever passed at all. I know we'll be seeing a lot more of each other now.

I really love this photo. Of course, I love all of the people in it, and I'm so glad we were finally all together again! But the other thing that cracks me up is how tall I look in it! I never look tall in photos! I'm always the short one. :)'

As happy as I was to see my old friends again, the guard geek in me was just as thrilled to meet lots of people who were in the guard years before me, and who I had watched for years and years on video. Guard Geek Heaven! :)

One of the projects that I worked on prior to the reunion was a DVD with three different presentations: a compilation of 1-minute video clips from each of the 13 years of shows, a slide show presentation of over 200 photos collected from throughout the 13 seasons, and an "In Remembrance" portion, which honored each of the 15 friends and family members who are no longer with us. We were able to project the presentations onto a large screen to share with everyone during the event.

I think the "In Remembrance" portion of the evening was particularly moving. We played a slide show with a photo and the name of each of the individuals, shown to music. As each of the names were put onto the screen, we lit a candle with that person's name on it at the table. It's so sad to think of each of those individuals - most of whom died so young. I'd hope we honored them well.

We had about 50 alumni attend the reunion in total - not bad, considering it's been 20 years since the last reunion, and over 30 years since the first year of the guard. At the end of the evening, we took group photos of members from each of the years. I thought it was so cool that we had members represented from every single season! Way back to 1978! I was surprised when we realized that my last year, 1993, (and the last year of the guard) had the largest representation of 10.

I cannot express how thrilled I was the entire weekend. What an amazing experience - everyone was so happy to be there. We know we won't wait another 20 years before the next one!

For those of you who may be interested, here are videos of the two years that I marched.